From 1978 through 1980 Greg was a Legislation Attorney on the staff of the Joint Committee on Taxation, U.S. Congress.  Prior to that, he was an Attorney-Advisor to Judge Cynthia H. Hall of the U.S. Tax Court.  Greg is the former Arizona State Chair of the American College of Trust and Estate Council, and is an Adjunct Professor at the University of Arizona College of Law.

Greg is married to Patty Gadarian, a recovering CPA, and has four children and five grandchildren.  For “fun” and recreation Greg race-walks marathons and competes in IronMan triathlons.  Greg’s wife, Patty, is a bicyclist and volunteer on several non-profit boards.  Patty also acts as Greg’s Domestique when he competes in triathlons.

Colleen Cacy is a partner with the firm and has practiced in the area of estate planning and taxation for the past 18 years, with a focus in recent years on complex estate and trust administration. She was recently elected to membership in the American College of Trust and Estate Council. Colleen is the President of the Board of the Southern Arizona Estate Planning Council and a member of the Executive Committee of the Probate and Trust Section of the State Bar.

Prior to practicing law, Sarah worked on Wall Street doing investment banking and proprietary trading.  During law school, she was a judicial intern for the U.S. Court of Federal Claims (Hon. Margaret Sweeney) and the U.S. District Court, Eastern District of Pennsylvania (Hon. Michael Baylson).  After law school, she worked with high net worth clients on Gift and Estate Tax issues for a boutique accounting firm and a public accounting firm.

Sarah is married to attorney Keith Singer and has two children.  She enjoys spending time with her family, traveling, and running.

Asset Protection is the process of protecting your wealth (investments, property, assets, etc) from the possibility of future creditors attempting to take it from you or your family in the event of a bankruptcy or some other financial tragedy. Read More

Estate planning involves the process of an individual or family arranging the transfer of their assets in anticipation of death or serious disability. Read More

What is Estate Planning?

Basically, estate planning involves safely transferring your property and other financial assets to your family and loved ones in the event of death. A will is the most common document associated with estate planning and it is critical to plan your estate with professional attorneys who understand your values and long term goals for your property and wealth. It can also involve living irrevocable trust, general/durable power of attorney, healthcare power of attorney, and living wills.

What is Asset Protection?

Essentially, asset protection is the process of protecting your wealth (investments, property, assets, etc) from the possibility of future creditors attempting to take it from you or your family in the event of a bankruptcy or some other financial tragedy. Asset protection provides you with financial security and confidence that your wealth will be protected from any potential fiscal pitfalls. 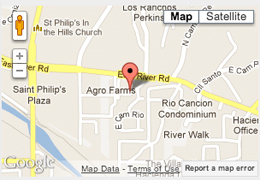